The «Speech and Computer» SPECOM series of conferences is dedicated to research and development in the field of computer speech technologies, it was founded by SPIIRAS in St. Petersburg and has been held annually since 1996. In 2021, the conference was held in Russia in St. Petersburg, the last decade SPECOM was organized by SPIIRAN together with foreign partners in Turkey, Germany, Great Britain, Hungary, Greece, Serbia and the Czech Republic.

This year, the conference was held as a hybrid one: online and full-time participation in Gurugram, New Delhi, India. SPECOM-2022 was organized and hosted by the Indian group of KIIT colleges in cooperation with SPC RAS (co–chaired by the SPC RAS Chief Researcher Professor A.A. Karpov). India appeared to be the 10th country where SPECOM was held, and same time the first Asian country in the conference’s history.

The conference was attended by authors from 14 countries around the world, and almost 35 presenters have arrived, including two members of the SPC RAS research team: Chief Researcher Professor Karpov A.A. and Senior Researcher Cand. Sc. (Engineering) Ivanko D.V. Most presentations were made by the authors from India and Russia, several speakers represented professional peers of Canada, Germany, Hungary and France. 60 best papers out of over 100 reviewed submissions have been selected to be presented.

The SPECOM-2022 proceedings were published by Springer Nature Publishing House prior to a beginning of the conference in the Lecture Notes in Computer Science / Lecture Notes in Artificial Intelligence series (volume 13721) that indexed by Scopus (quartile Q2) and Web of Science databases.

The conference was sponsored by the "ASM Solutions" company.

Since 2020, the SPECOM conference series is included in the list of top conferences of the international rating Research.com.

The following anniversary 25th international conference "Speech and Computer" SPECOM-2023 is planned to hold in the fall of 2023. 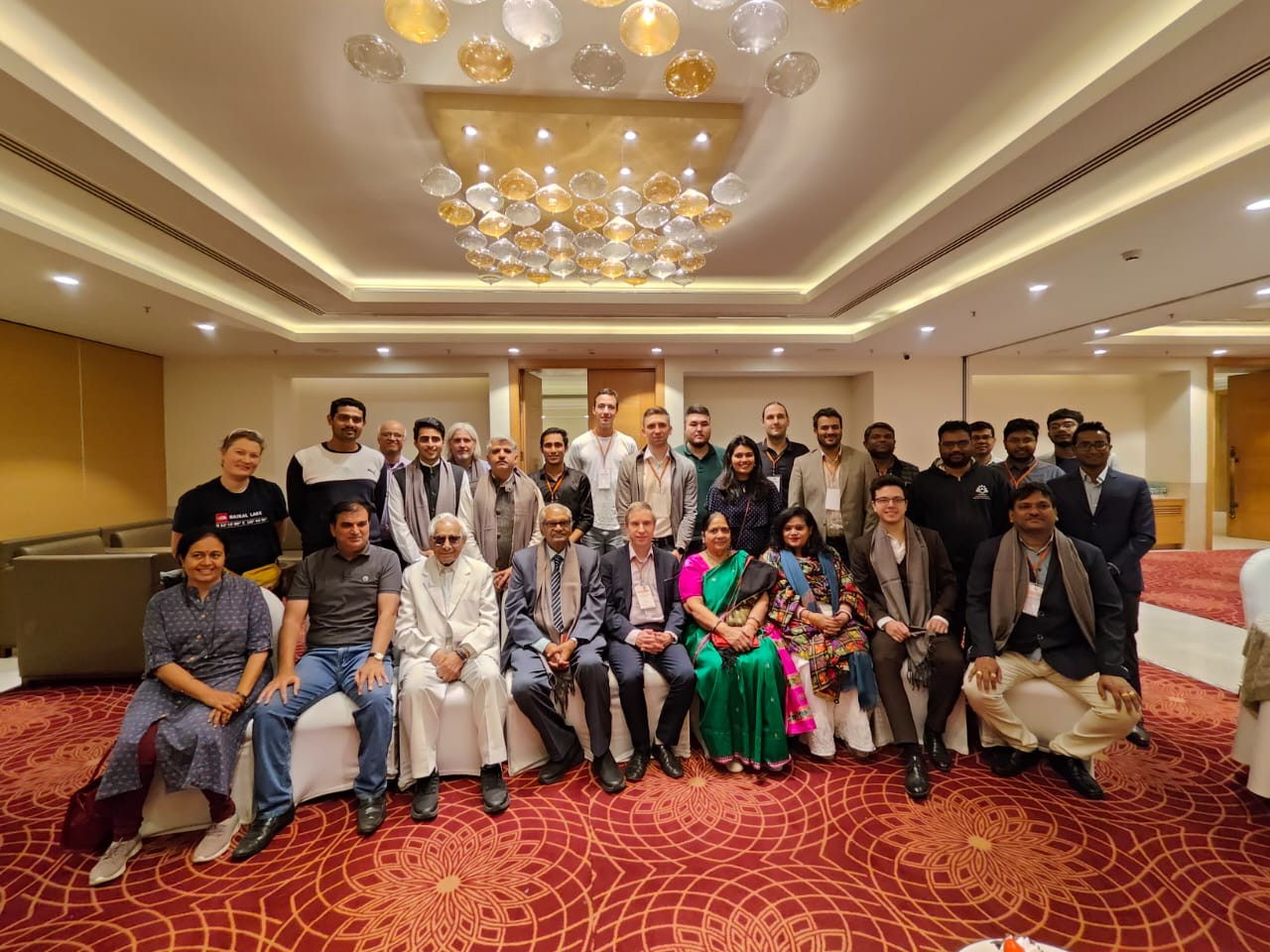 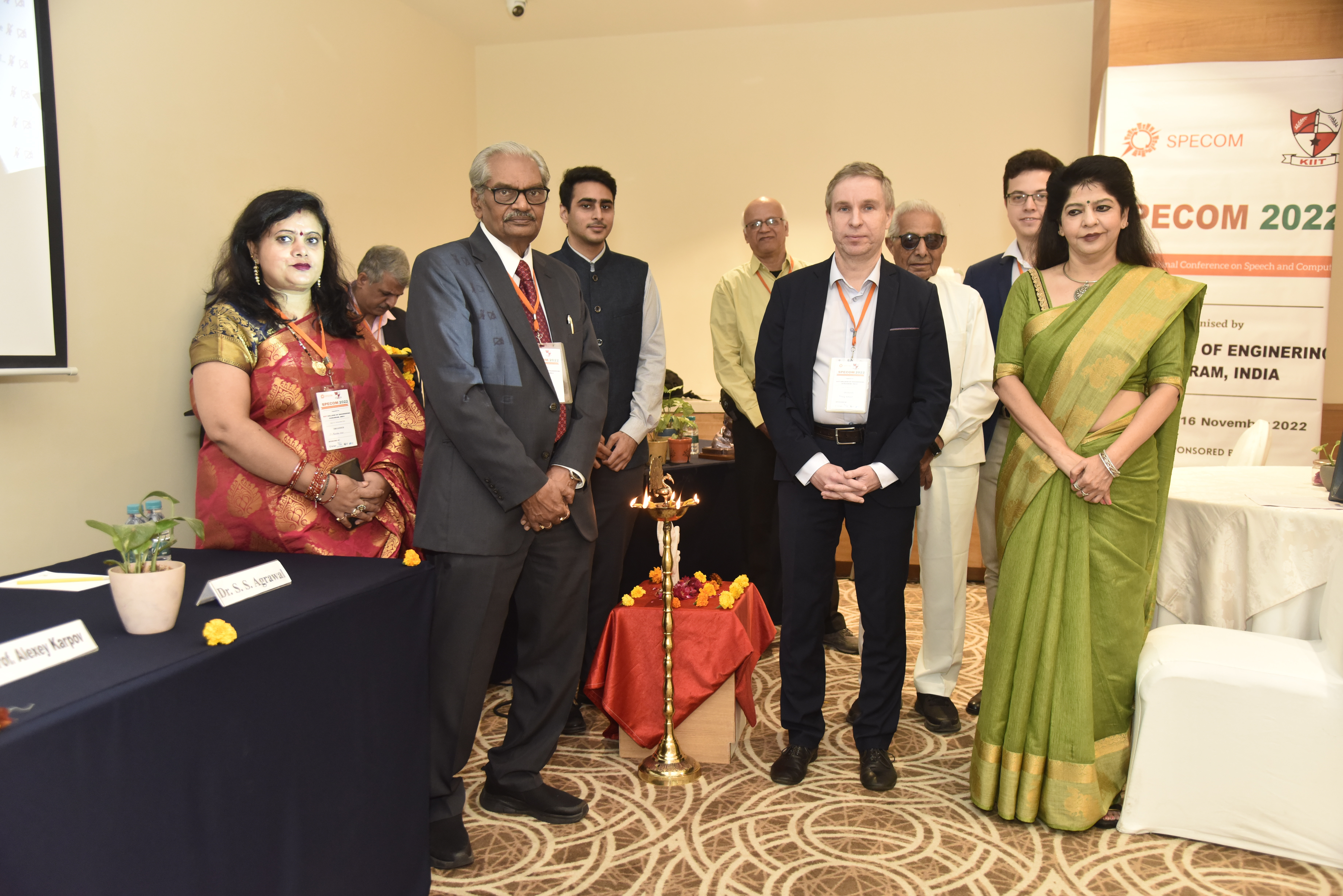 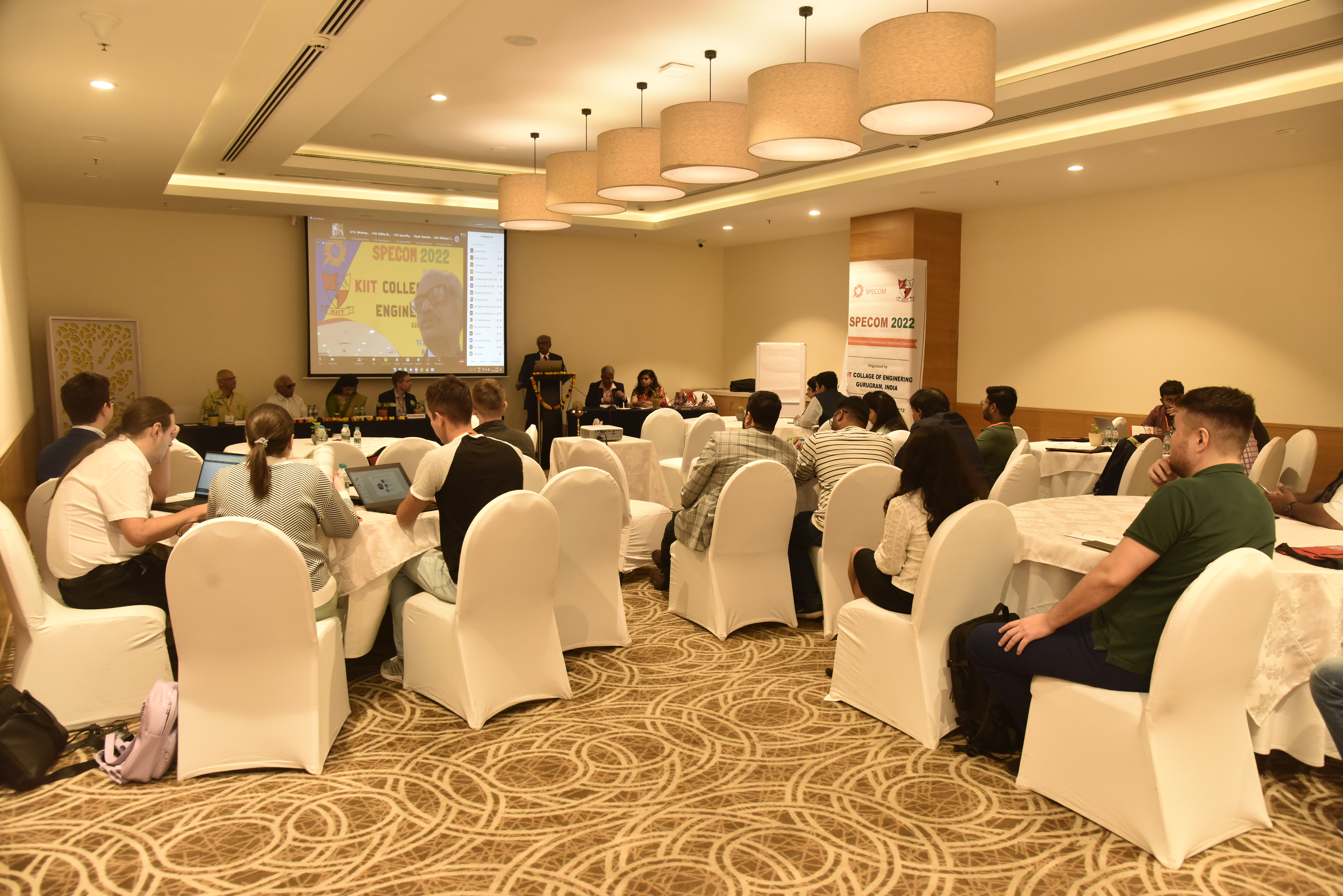